In the Summer of 1924, Rudolph Valentino was photographed, dressed in the costume of a Peon, during the creation of A Sainted Devil (1924), the second of two spectaculars that brought to a conclusion his contract with Famous Players-Lasky/Paramount, following his return to the studio, after his ‘One Man Strike’. For a long time this epic promotional portrait session has fascinated me. Why? Well mainly due to the fact that there are just so many shots. Valentino is captured from every conceivable angle. And throws, at both us and the photographer, a whole range of intense expressions.

In view of the fact my planned post (about Jean Acker) is now of mammoth proportions, and requires separating into three parts, I’m bringing forward, while I arrange that, this simple but interesting offering, originally planned for 2020. If anyone has or knows of any further images – of what appears to be the most extended shoot of the series of extended shoots he engaged in – I’d love to hear about them/see them. If none emerge, I suspect, as arranged here, that they come close to representing up to three quarters of the photographs taken on that day, with some naturally being rejected as unsatisfactory at the time of printing. Enjoy! 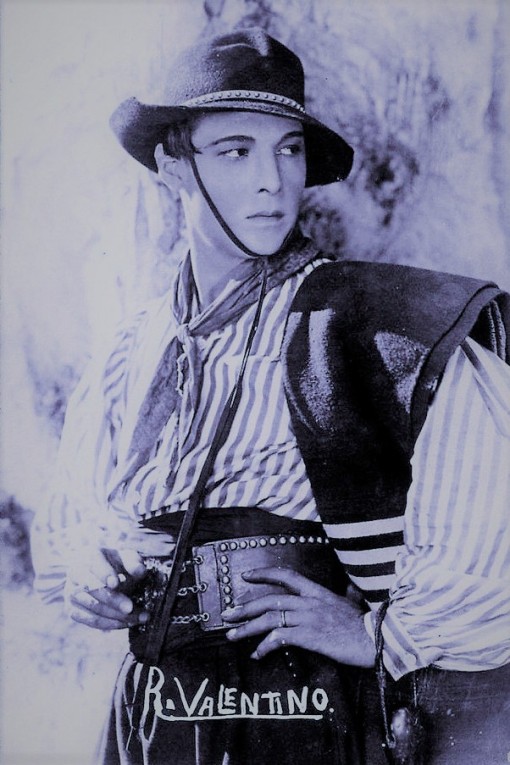 This effective half-length shot seems to exist only as a series of crops. However I’m left wondering if there’s another or others out there somewhere.

Some close-ups are extreme, at the time, or cropped since. This is just the slightest of head turns and was used for industry promotion. (See below.) In these more intimate photographs his outfit has been adjusted. 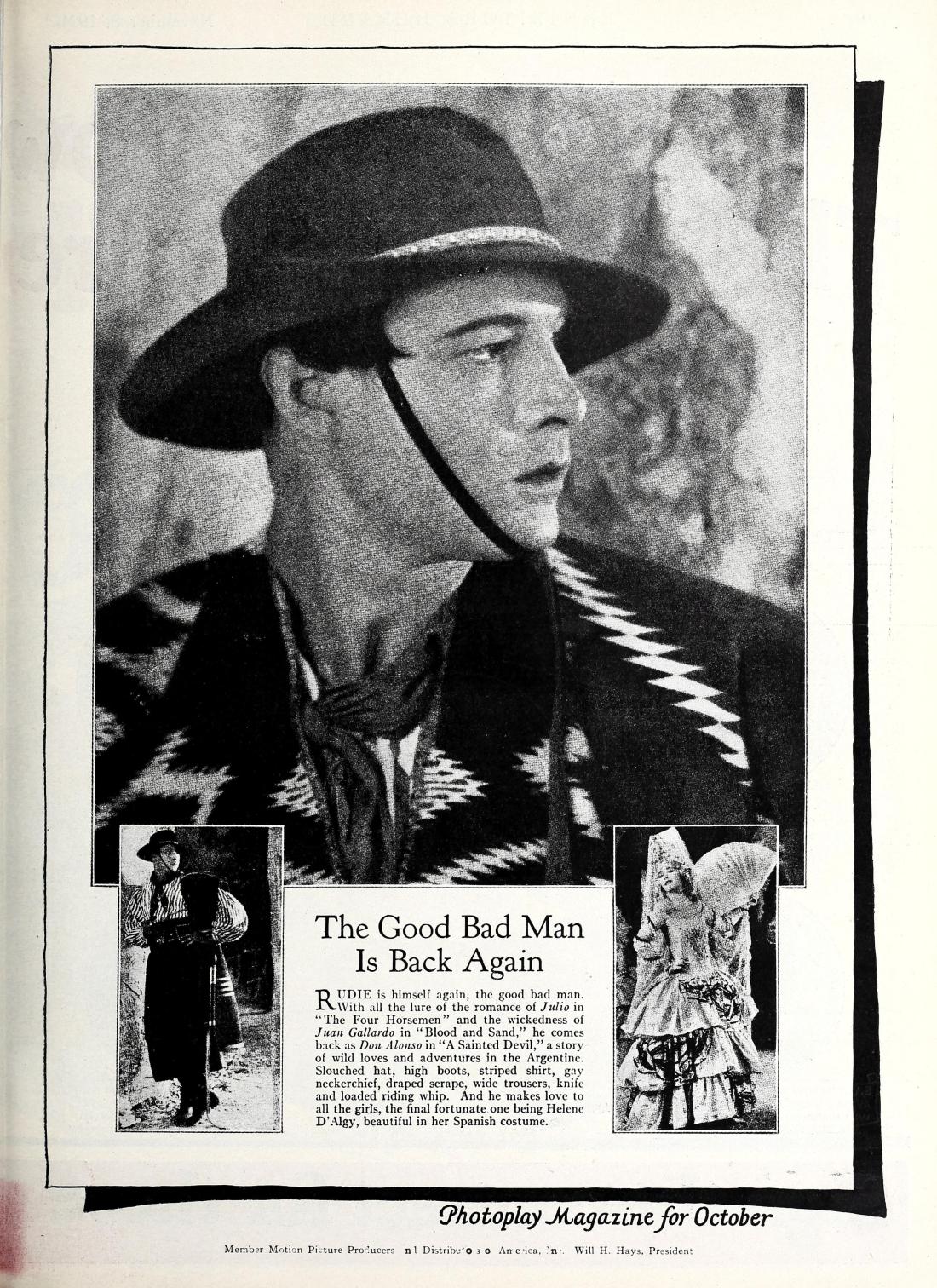 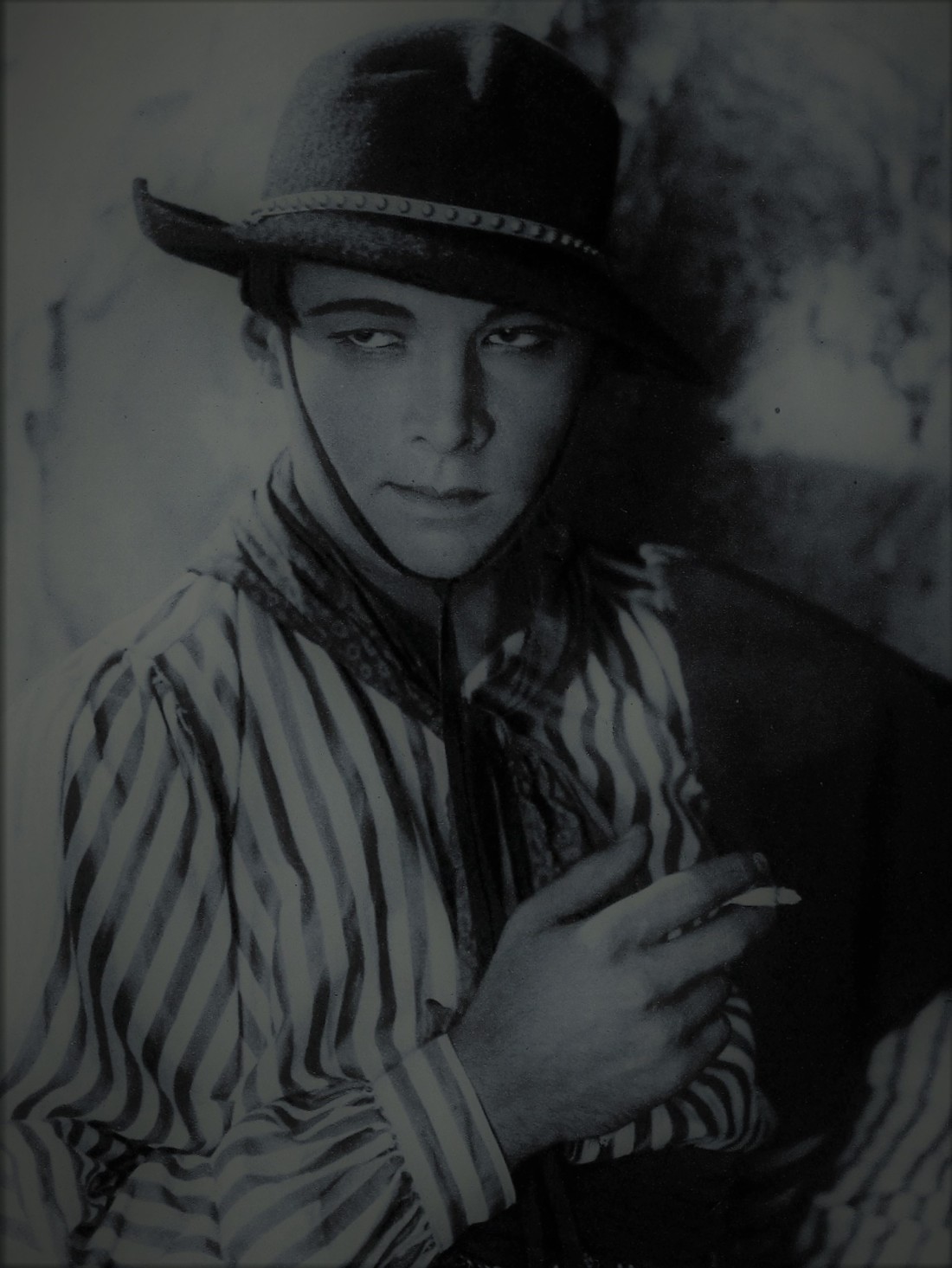 This close-up I particularly like for the wry smile. 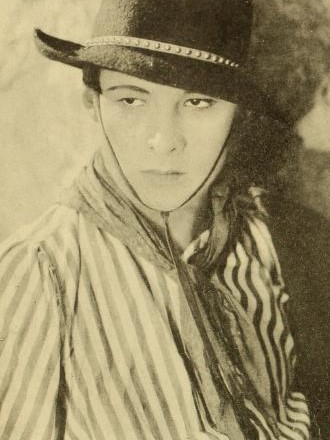 A characteristically intense look from Rudy that was seemingly used in recent decades for a postcard. This image has been cropped by myself and others into an effective hyper close-up. (See above.)

Rudolph Valentino had previously posed in doorways to promote films. It was, to some extent, probably expected that he would do so for A Sainted Devil, and always do so, entrances being a such big part of his film persona, as well of that of his contemporaries. It was also an opportunity to display the full costume, which, in the left image particularly, is somewhat reminiscent (probably not accidentally), of his look in The Four Horsemen of the Apocalypse (1921).

Thank you so much for viewing this post. As stated, this is a substitute for the original, which is about the life and career of Jean Acker, and her association with Rudolph Valentino. That lengthy post will now be split into three, with Part One appearing next month, and parts Two and Three in January and February. See you all in December!

I've been interested in Valentino since childhood, when my maternal grandmother, a lifelong fan, told me all about him. To know and appreciate him fully I've travelled to many of the major sites - his birthplace, Taranto, Martina Franca, Perugia, Nervi, Paris, New York, L. A., S. F. and elsewhere - and have documented those trips. The purpose of this modest Blog is to share that knowledge and any new finds I stumble on. Copyright S. T. Constable Some Rights Reserved. View all posts by hisfamestilllives

10 thoughts on “The A Sainted Devil Publicity Shoot”